Another first: two sows farrowed on the same day, April 3. The first, Flower, has a lot of experience but never has more than three piglets at a time. The second, who I call P2 because she’s the daughter of my first kune kune sow Princess, farrowed for the first time and had 9 piglets! These two moms never got along very well, but somehow by virtue of their farrowing together, they share their shelter with each other and the piglets nurse from whichever one is more handy.

The two sows didn’t get along well with the rest of the herd after they farrowed, though, so it made sense to take them and their piglets outside their normal confines for some rotational grazing. The sows had been trained to the electric netting, but it was the piglets’ first experience, and after they ran through the holes a couple times, they figured out that they probably didn’t want to do that anymore.

This video was taken after they were moved to their second rotational spot. The piglets did not want to cross the line where the electric netting had been, even though their moms had moved over to the new spot. I chased them around for maybe an hour before one finally migrated over, and slowly the rest followed. 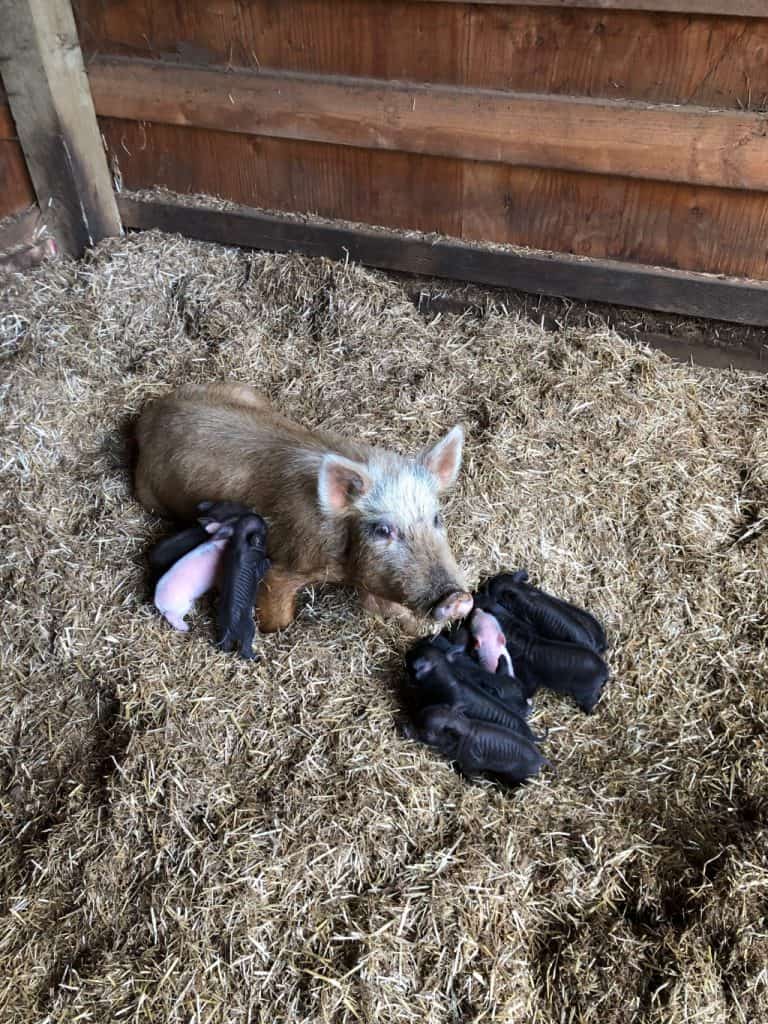 A great choice for productivity. 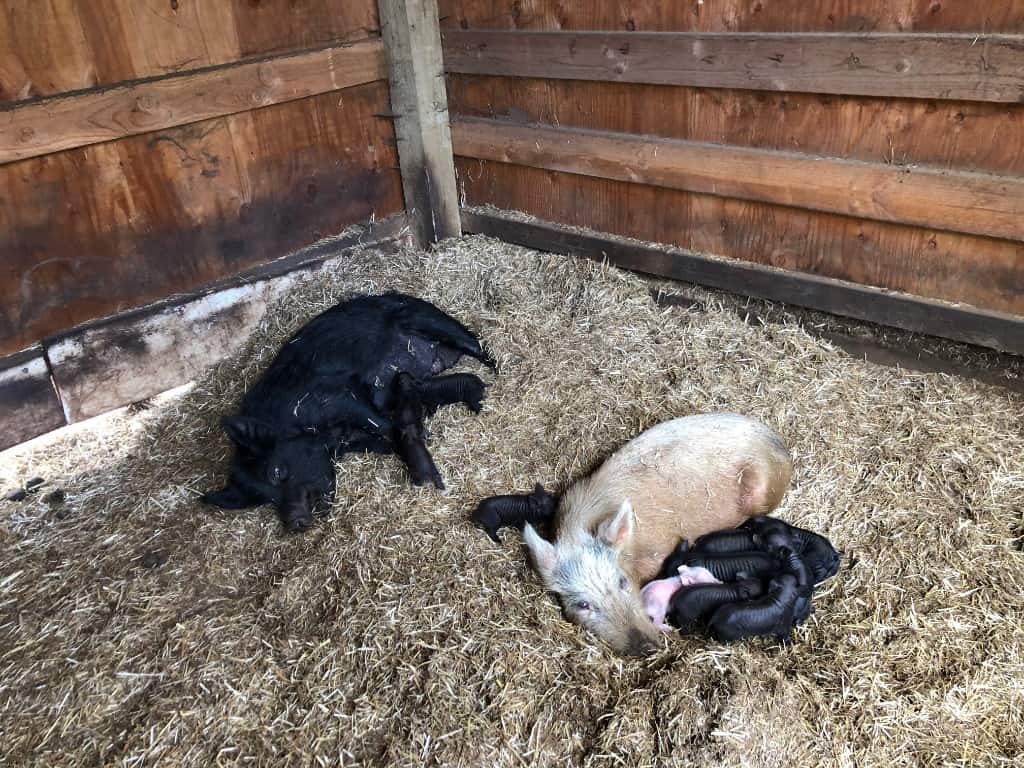 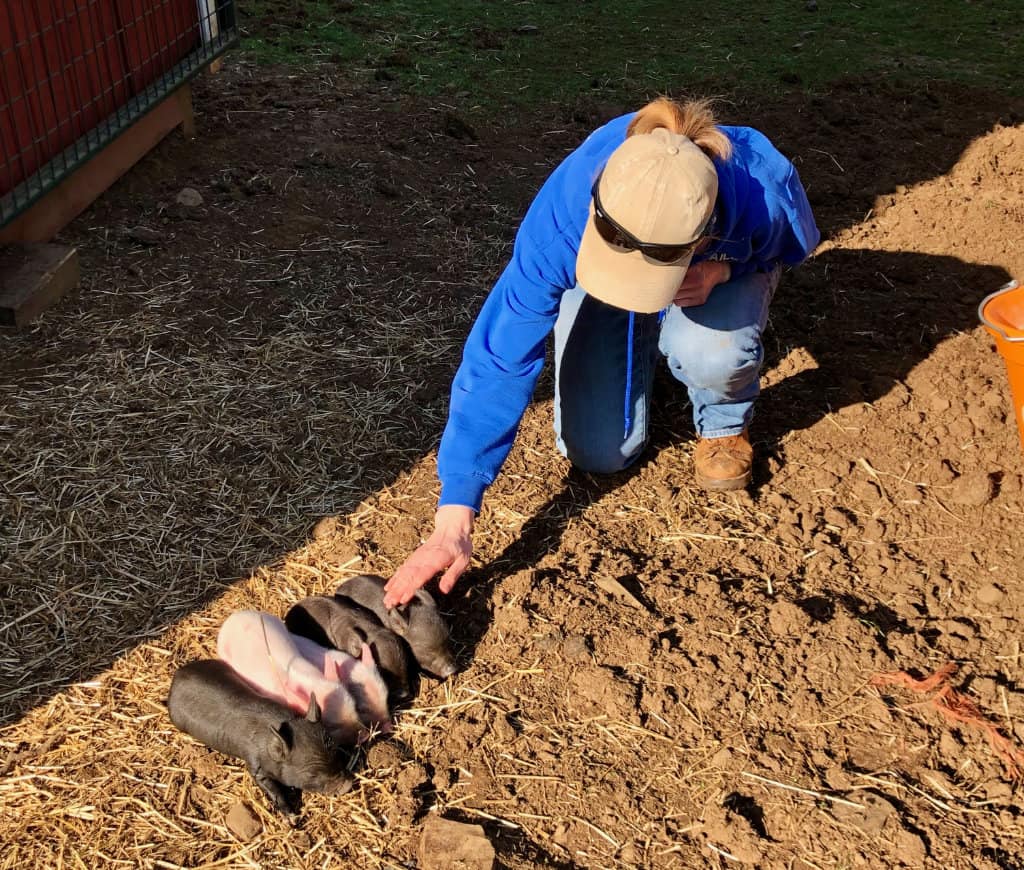 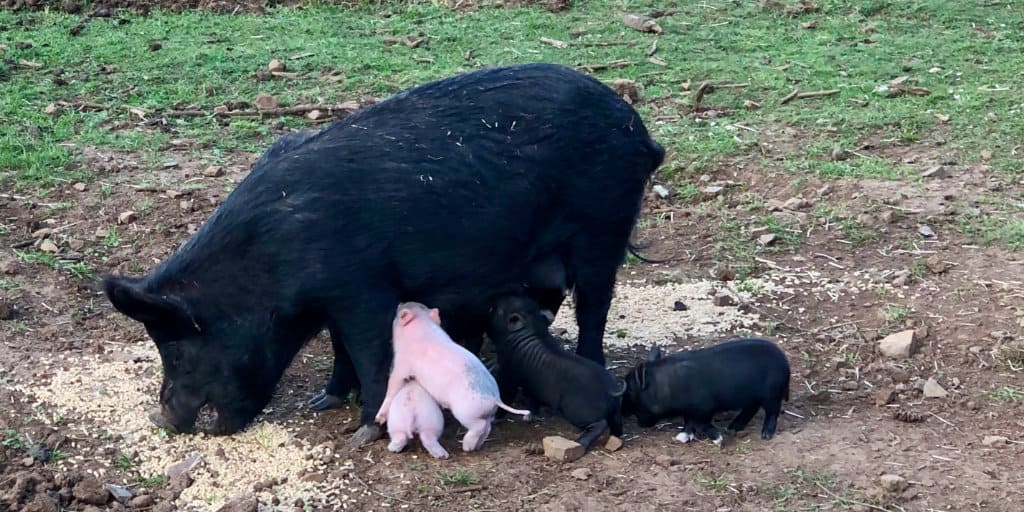 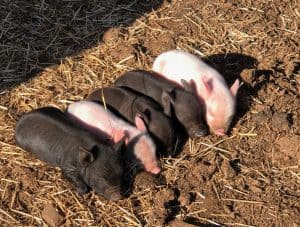 Too many piglets not enough tits.