Purebred Berkshire pigs. 2022 price was $6.00/lb. of hanging weight + butcher fees. 2023 rate to be determined by projected feed costs. Returning customers get a 10% discount. Please subscribe to our newsletter to get notified when we start taking orders.

Half and whole shares available. Estimated hanging weight: 80-95 lbs. per half share.

Now for something different: goats!

Thanks in part to a very wet spring that stretched into summer, plus a reduction in stock and aggressive reseeding, I’ve gone from having overgrazed pastures to wading through grass and invasive weeds over my head in all of my pastures. This year’s pigs have knocked down some of it, which means the tall grass stalks are lying on the ground in mats, serving as a block to new growth. On my rocky steep hillsides, this means a lot of string trimming during the dormant season. In addition, the blackberry jungle that I had brushed out last year has come back with a vengeance without pigs in that pasture for a few months. So when I saw an ad for goats for hire, I jumped on it.

I’ve never had goats, but I once observed a herd that was hired by the City of Palo Alto, California. In a fenced-off area, attended by a goatherd and a couple of herding dogs, they were serenely chewing up the blackberry and poison oak on a hillside. So I was curious to see how they’d do here and how cost-effective they’d be relative to other solutions, like string trimming or just hiring a skid steer.

Why not just buy some goats? Because I don’t want my pastures to get overgrazed again. Grazing animals are amazingly efficient and there’s only one season when the grass grows fast enough to keep a herd challenged.

The goatherd brought four goats at first and gradually increased their number to 16 or so. The last bunch that arrived has one particular doe who makes one particular ungodly-ungoatlike sound. Here it is for your enjoyment.

Luckily, this doe only starts up when I walk out the door or the goatherd arrives, so it IS mostly peaceful throughout the day.

I haven’t finished my evaluation of what they have and haven’t been able to do. More on that later. They get extra credit for their entertainment value. I have one cat that sits watching them all day and another cat who finally screwed up his courage after a month to peek over the grass. Visiting dogs love them too. 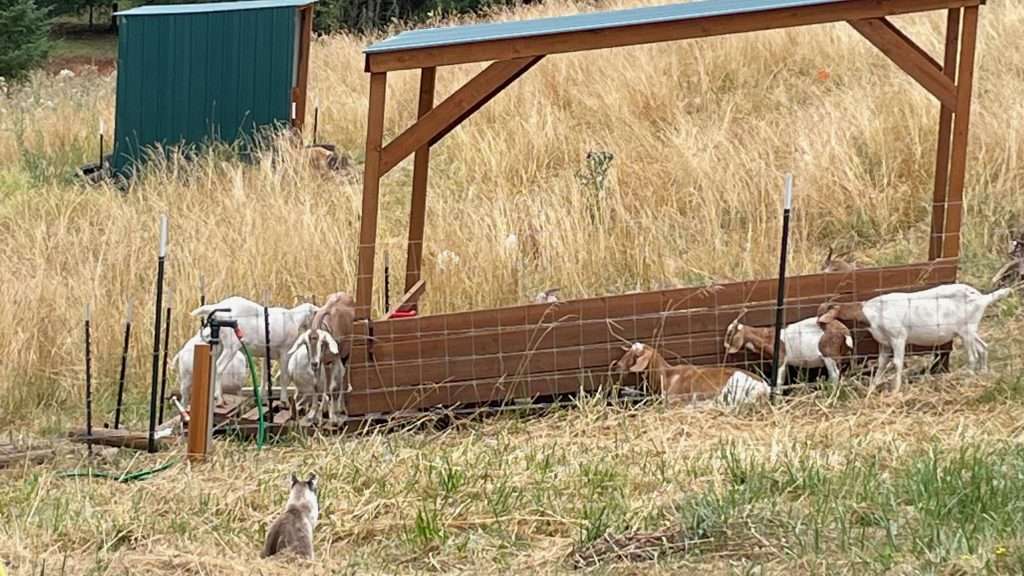 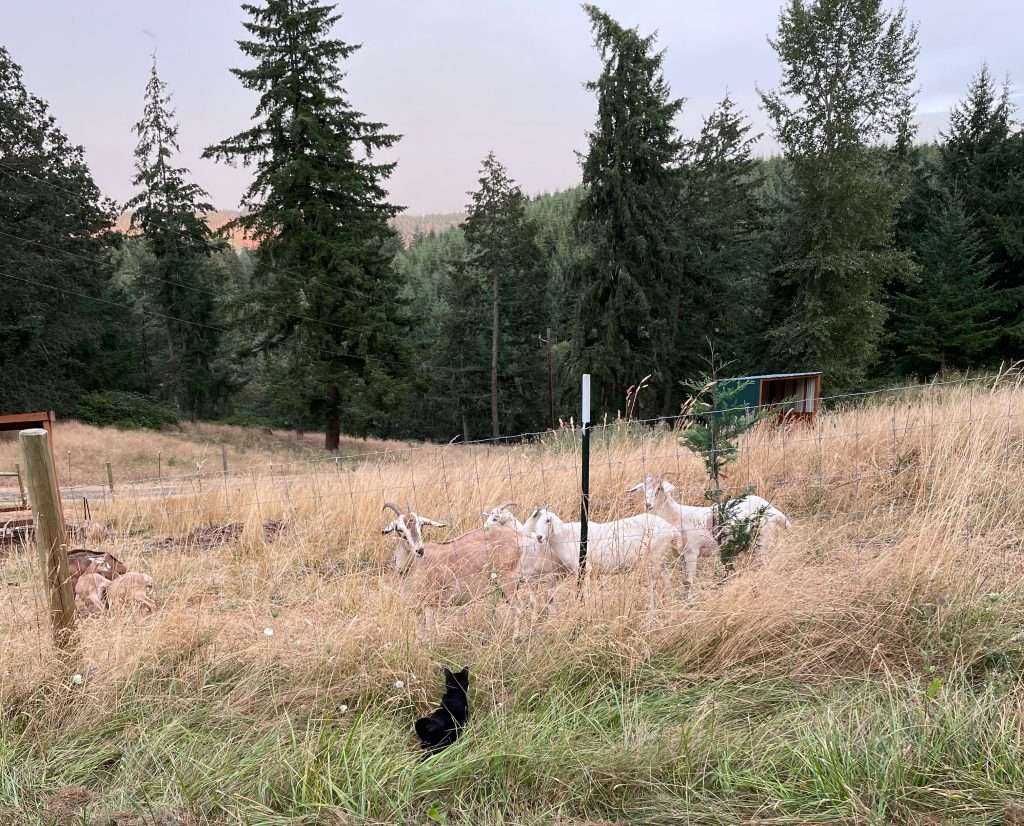 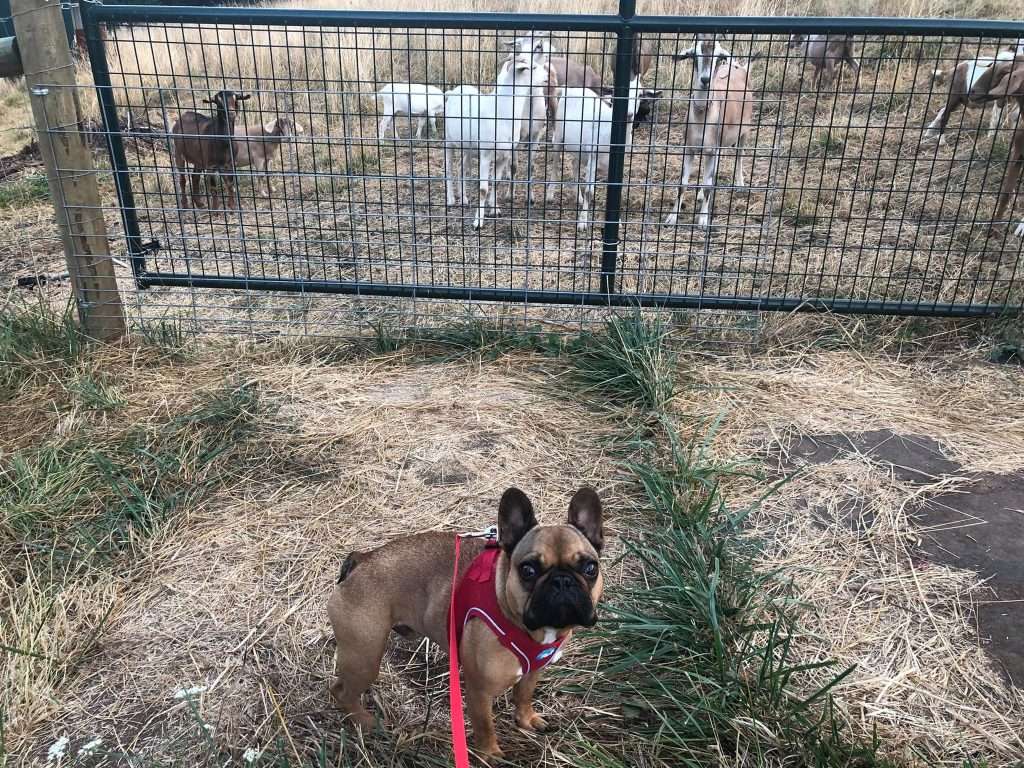 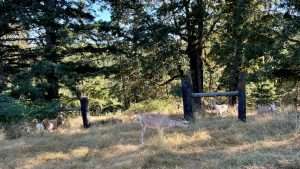 I never made it to the school choir because the music teacher didn’t like my voice. I was pretty sad. But he was probably right; I did have a voice a bit like a goat, but my dad told me to never give up and to keep going, and it’s paid off.